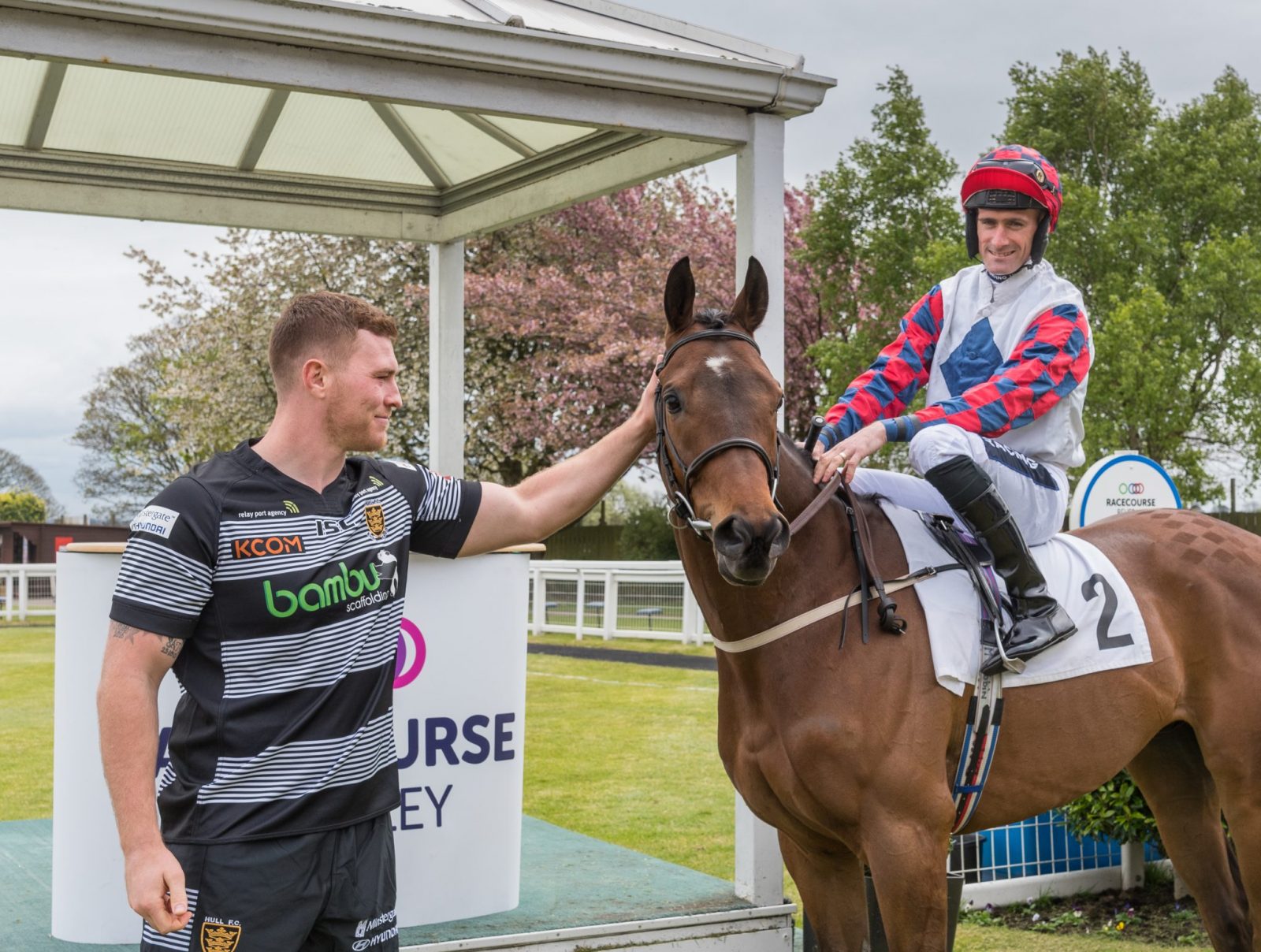 The Black & Whites are heading back to Beverley Races for their annual Half-Term Race Day later this month.

The club has teamed up with Beverley Racecourse for the third year running to offer fans the chance to enjoy a day out at one of Yorkshire’s biggest sporting venues, where they can take part in plenty of family fun, including meeting members of the first-team squad who will be in attendance.

While the adults can enjoy the racing on offer, with seven races pencilled in for a thrilling afternoon of action, the kids can enjoy activities including wrestling in sumo suits, fans-favourite Boot It, giveaways, funfair rides, inflatables and giant trampolines, as well as the chance to meet the mascots Airlie and Girlie Bird. Meanwhile, members of the City of Hull Academy squad, will be putting youngsters through their paces with a number of fun drills to test their skills. Why not see if your youngster has what it takes to face off with some potential future stars of the game? Our pop-up retail store will also be in attendance to pick up the latest Hull FC attire!

And in the build-up to our Coral Challenge Cup quarter-final clash against Catalans Dragons the following day, don’t miss out on the chance to have a photo with the Challenge Cup trophy which will be in attendance!

Gates open at 12pm for the afternoon of racing on Wednesday 29th May, with the first race of the day at 2.10pm, and the final race at 5.10pm. Tickets can be purchased online by visiting the Beverley Racecourse website  or by calling 01482 867488.