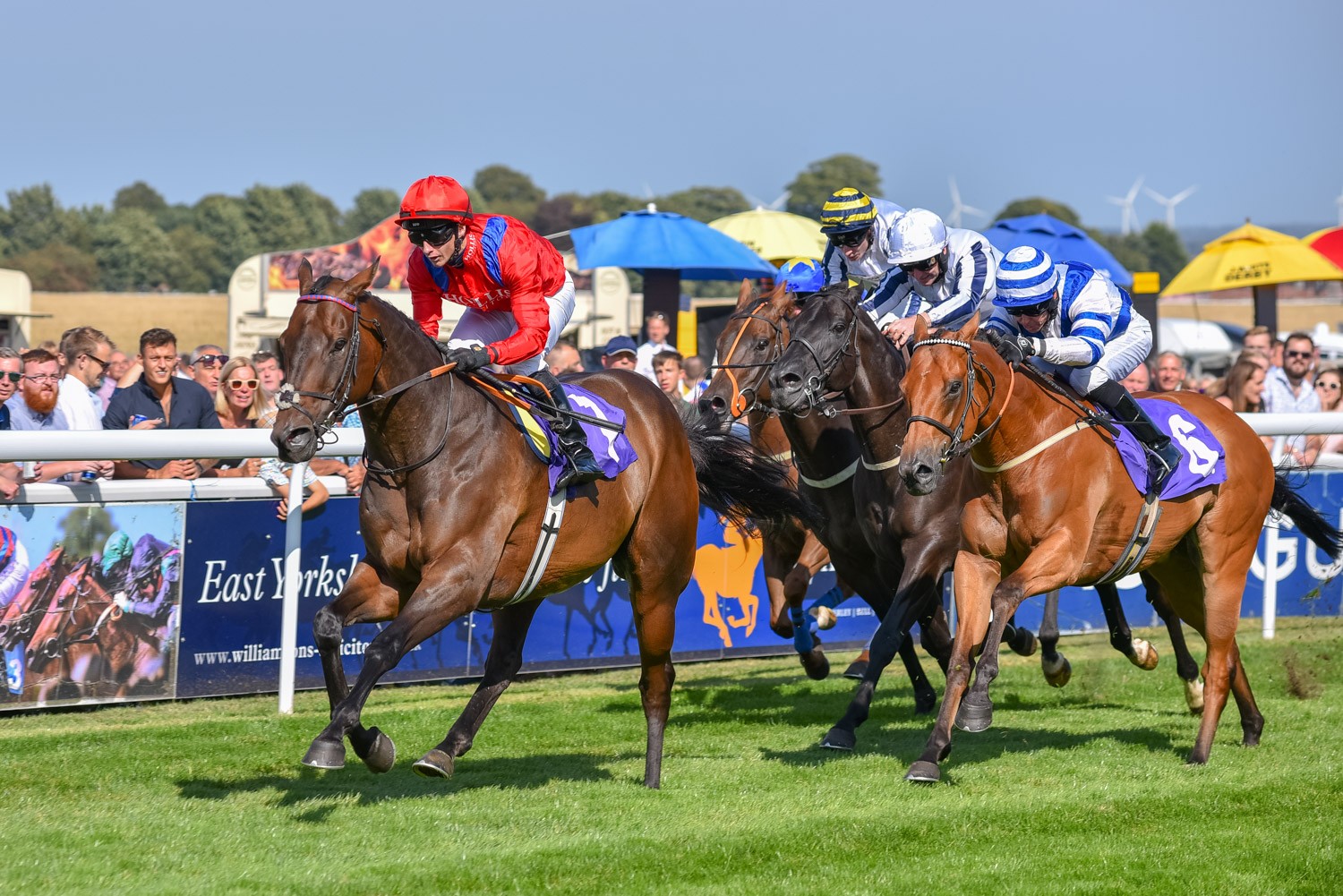 Trainer Eric Alston is optimistic Boudica Bay will remain on an upward trajectory when she runs at Beverley on Wednesday.

The four-year-old daughter of Rip Van Winkle looked a progressive sprinter at Musselburgh on May 13 when she won a five-furlong handicap by a neck. Now she attempts to claim a significant double in the Racing TV Now In HD Handicap (2.10) at the picturesque East Yorkshire venue.

Preston-based Alston said: “This is a good race for her and I’m really looking forward to it. Everything has gone really well since Musselburgh and she’s fresh and ready to go. Rachel Richardson is a great jockey – I like her a lot – and she gets on with the filly better than anyone. They make a good team and hopefully they can continue in a similar vein on Wednesday.”

Boudica Bay is one of 17 declared runners in the five-furlong sprint, which is one of eight races on Half-Term Raceday with Hull FC. And though the filly has risen 3lb in the weights following her Musselburgh triumph, Alston feels her victory in Scotland was more comprehensive than the bare figures might suggest.

The Lancashire handler, who has saddled star sprinters like Stack Rock, Tedburrow and Reverence in an illustrious career, added: “She’s in great order and I’m hoping she’ll turn into a very progressive filly. She seems to be getting her act together now as she was very backwards when she was younger. After she won at Catterick last year we gave her plenty of time off – and that seems to have done the trick as she knows a lot more about what she has to do these days. I thought she’d win at Southwell two starts back but she had a bad draw that day and essentially had no chance.

“But we expected her to go well at Musselburgh and she did just that. Rachel said she Boudica Bay had her ears pricked at the winning line, so maybe there’s still a good deal more to come. Beverley’s a good track – we like having runners there – and we go there with a great chance.”

Beverley’s Half-Term Raceday with Hull FC starts at 1.40pm, but gates open at midday. ,As well as an exciting afternoon of racing, the training squad from Hull FC will run fun challenges, drills and meet-the-player sessions – with some great prizes available.

The official going at Beverley is good to soft after 16 millimetres of rain on Bank Holiday Monday. Wednesday’s forecast is for dry weather and a high of 15C.