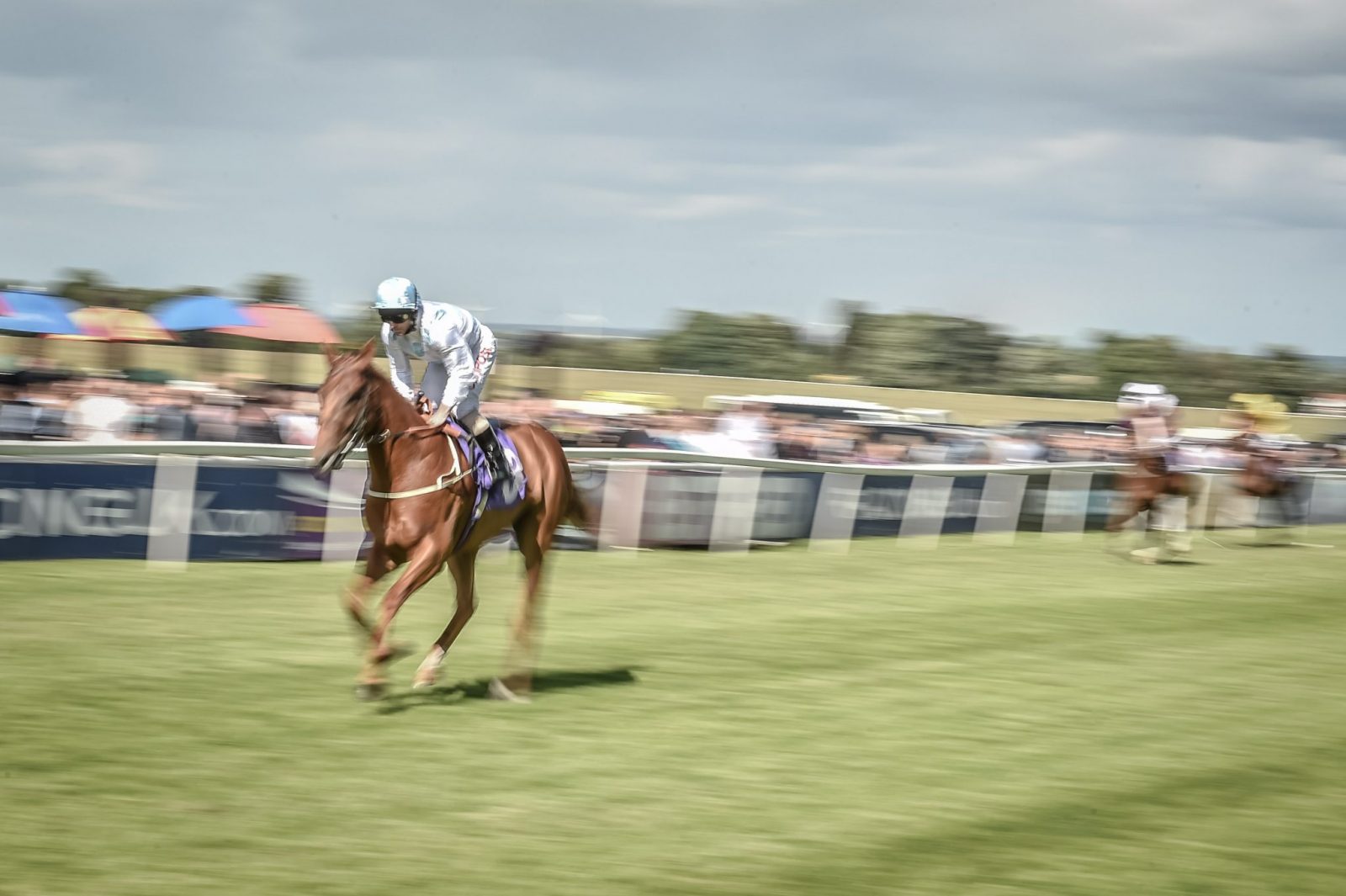 James Tate expects a big show from Dream Shot when the speedy colt goes for gold in the Truckingby Brian Yeardley Two-Year-Old Trophy at Beverley on Saturday.

The young son of Dream Ahead showed a touch of quality on his debut at Goodwood when he defeated Spanish Angel by a neck in a five-furlong novice auction stakes. Dream Shot will now attempt to maintain his winning run in the £40,000 Brian Yeardley Two-Year-Old Trophy, a renowned pointer towards Royal Ascot and a prize of growing prestige.

Tate said: “He looked very fast at Goodwood, in places, and I think he will love the track at Beverley. None of the horses that he beat have come out yet, so it’s quite hard to gauge the form, but I thought he was quite impressive that day. In terms of temperament, he can be a bit crackers, but he’s a good-sized, precocious horse who knows what he wants. Congratulations must go out to Beverley for putting up such good prize-money – the only question is whether we are good enough, as it looks a strong field.”

Dream Shot is one of six declared runners for the five-furlong Brian Yeardley Two-Year-Old Trophy (3.15). Oh Purple Reign, runner-up in the Woodcote Stakes at Epsom last week, is the ante-post favourite for the Richard Hannon team. The Cool Silk Partnership, to which Scunthorpe Utd chairman Peter Swann belongs, won the race in 2016 with Prince Of Lir, who subsequently followed up in the Norfolk Stakes at Royal Ascot.

Cool Silk could this year be double-handed with the Richard Fahey-trained Summer Sands and Robert Cowell’s Cool Sphere – though the latter is still engaged at Bath on Friday evening. Xcelente, trained by Mark Johnston, and David O’Meara’s Rodnee Tee both won on debut and will also bid for top honours in one of the highlights of the season at Beverley.

The Cool Silk partnership have also won the dual feature on Beverley’s card, the historic Hilary Needler Trophy (2.00), for the last two seasons with Kodyanna and Chica La Habana. And on Saturday they are responsible for the Fahey-trained Moon Of Love, an unraced daughter of Kodiac. Course-and-distance winner Execlusive (Archie Watson) is from the same sire and has also been declared for the key Royal Ascot trial for two-year-old fillies.

Three Coins, a stablemate of Moon Of Love, and John Quinn’s Liberty Beach also bring unbeaten records into the race, while Rose Of Kildare (Mark Johnston) is on a hat-trick. Lady Quickstep, trained by Gay Kelleway, and David Barron’s Bella Brazil also have winning form, with the former engaged at Brighton on Friday. Yarrow Gate, an eyecatcing runner-up at Carlisle late last month, completes an exciting line-up for the Michael Dods operation.