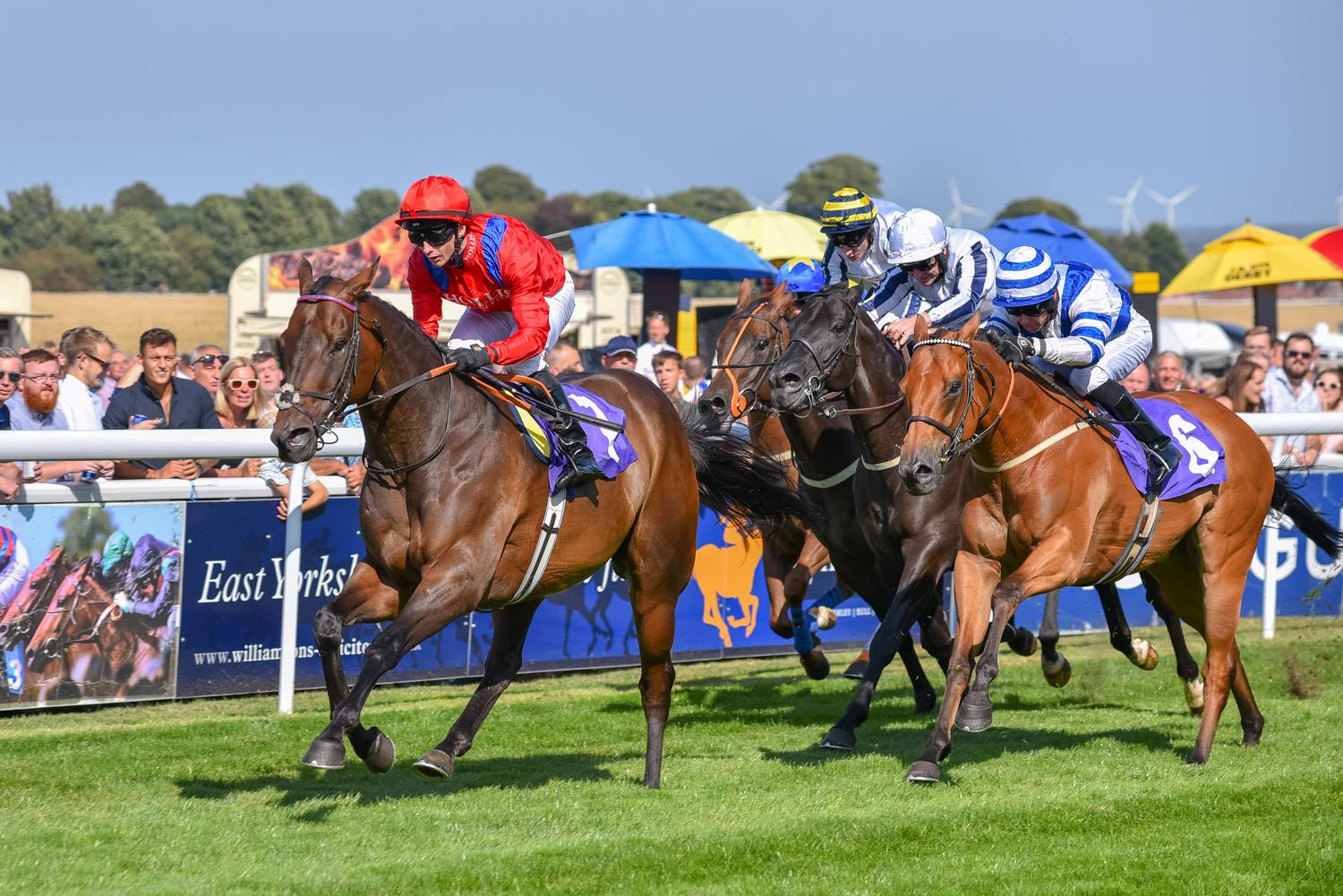 David Griffiths on Saturday bids to make Beverley history by becoming the first trainer to win the William Hill Beverley Bullet for a third consecutive year.

The Bawtry handler has won the last two renewals of the £65,000 Listed dash (3.15) with the now-retired Take Cover. And now it is the turn of the venerable sprinter’s former stablemate, Ornate, to shine on Beverley’s richest ever raceday.

Griffiths said: “The Beverley Bullet seems to be growing in momentum every year and it would be lovely to win it again. We had some great days with Take Cover at Beverley and it would rank very highly in my career if Ornate could add a third victory.”

Ornate, a 10-1 chance with big-race sponsors William Hill, holds valid claims of realising Griffiths’ dream. This season’s Epsom ‘Dash’ winner already has good form at Beverley this season, having claimed a valuable conditions stakes at the track in June. Ornate was last seen finishing seventh behind Battaash in the Group One Coolmore Nunthorpe Stakes at York, but his trainer feels that run can be stricken from the record.

South Yorkshire-based Griffiths said: “I don’t think he likes York, to be honest, so it’s probably best to put a line through his Nunthorpe form. He’s been in flying form since then, though, and it’s all systems go. My horses have just started to come back to themselves in the last two weeks, so that’s a good sign. We also know that he likes the track, so I’m pretty chuffed with him going into the race. The favourite (Tis Marvellous) is an obvious danger, but we’ll be arriving at Beverley with a good bit of confidence that he’ll run well.”

Ten star sprinters, including Ornate and the Clive Cox-trained Tis Marvellous, the sponsors’ 5-2 market leader, have been declared for the William Hill Beverley Bullet. Danzeno, trained by Mick Appleby, is second favourite in the betting at 9-2, while Tarboosh (11-2) represents Paul Midgley.

Judicial holds the five-furlong track record at Beverley and has also been declared by Julie Camacho, with Tim Easterby set to take the wraps off Copper Knight, who finished fifth in the Nunthorpe. Fairy Falcon – a half-sister to former Beverley Bullet heroes Tangerine Trees and Alpha Delphini, and bred, like her esteemed siblings, in Beverley by Marie Matthews – is an intriguing runner for three-time Bullet winner Bryan Smart. Michael Dods saddles the hat-trick-seeking Queens Gift and Intense Romance, with the field completed by the Archie Watson-trained Corinthia Knight.

The going at Beverley, which also stages the £52,000 William Hill Silver Cup (2.05), was on Thursday morning described as being soft, good to soft in places, following 25 millimetres of rain on Tuesday night.

Beverley’s forecast is now set fair, though, with sunny spells and a high of 19C predicted on raceday.