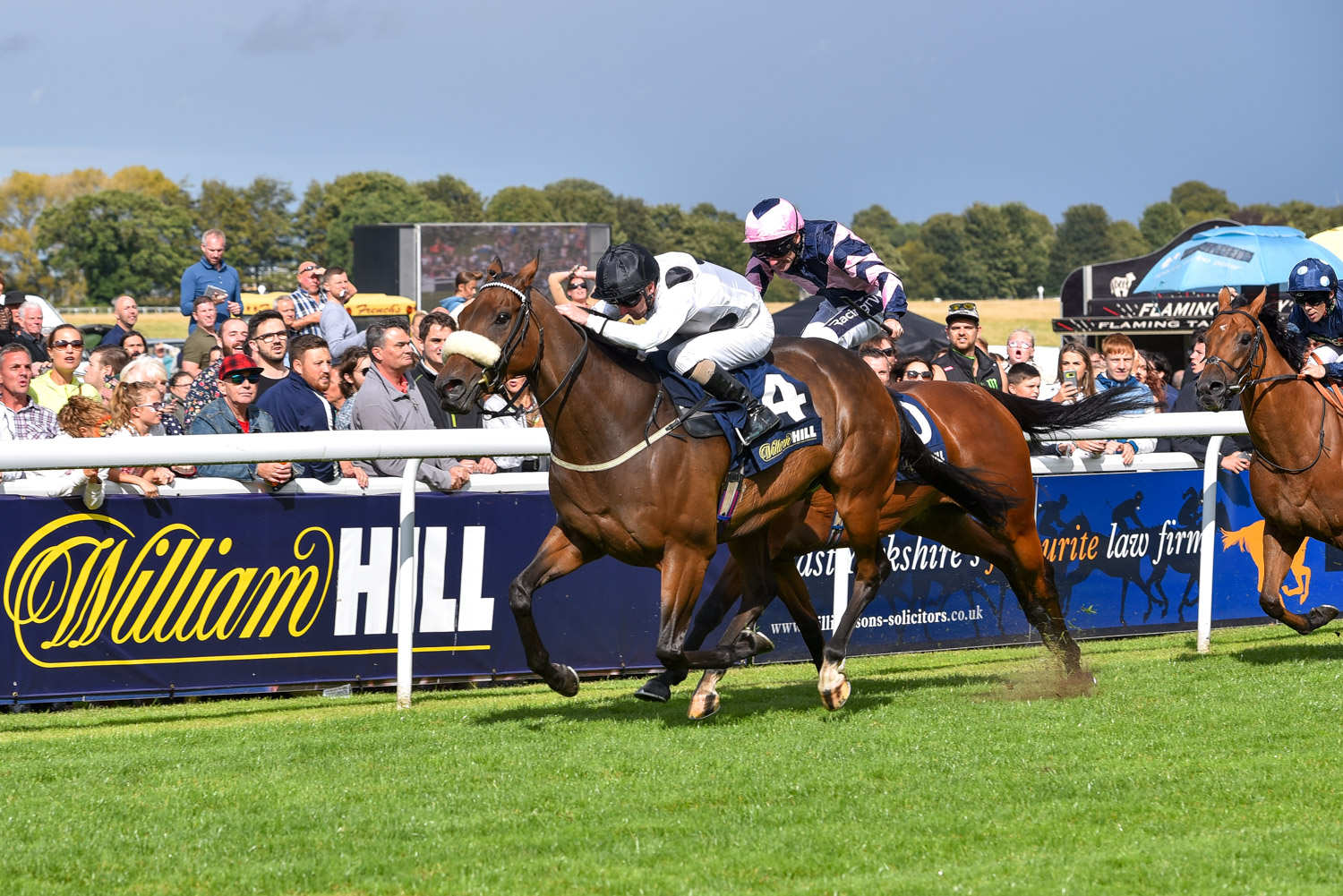 Judicial lays down the law in Beverley Bullet

Judicial on Saturday showed blistering pace and a genuine will to win to take the spoils in the £62,000 William Hill Beverley Bullet.

Trained in Norton, North Yorkshire, by Julie Camacho, the seven-year-old sprinter already held the five-furlong track record at Beverley. And he once again showed his love for the East Yorkshire circuit with a dominant performance in the hands of Joe Fanning.

Judicial, who is now unbeaten in three starts at Beverley, won the William Hill Beverley Bullet by three-quarters of a length from Queens Gift. Fairy Falcon, a half-sister to previous Bullet winners Alpha Delphini and Tangerine Trees, finished a staying-on third – another short head away from the Elite Racing Club-owned winner.

Steve Brown, Camacho’s husband and assistant, said: “We inherited a horse that was combustible, and I think he’s got comfortable. We’re back on track, we’ll just go to Newbury for the Group Three (Dubai International World Trophy), I would imagine, in a couple of weeks’ time. If we go there and we can finish the season on a high, we’ll be pleased and back next year.

“He’s a five-and-half-furlong horse and he likes a hill. They tend to go a good gallop here and it just plays to his strengths – he sees it out well. We’re three from three at Beverley. We’d like to race here every week! He’s done so much for us, whatever he does now is a bonus. Already he’s put us on the next step of the ladder, he’s taken us from league two to league one. He’s been wonderful for us and for Elite because they’ve been such good supporters.”

Fanning said: “He travelled really well and is was just a case of getting the gaps. Once he got the gaps, that was that – easy.”

Earlier on Beverley’s richest ever raceday, Good Birthday showed great promise with a resilient triumph in the William Hill Silver Trophy Handicap. Andrew Balding’s inmate, sent off an 11-4 chance, was slowly into stride in the £52,000 contest over a mile and a quarter.

But once he found his rhythm, Ben Curtis’ partner ably seized control inside the final furlong and ended up with half a length in hand of Desert Icon. Good Birthday, owned by King Power Racing, was subsequently cut to around the 20-1 mark about winning the bet365.com Cambridgeshire at Newmarket on September 28.

“That was a really great effort and I’m delighted with him. He was given a great ride and he’s going to develop into a pretty decent horse. That (the Cambridgeshire) is certainly a possibility, if he gets in.”