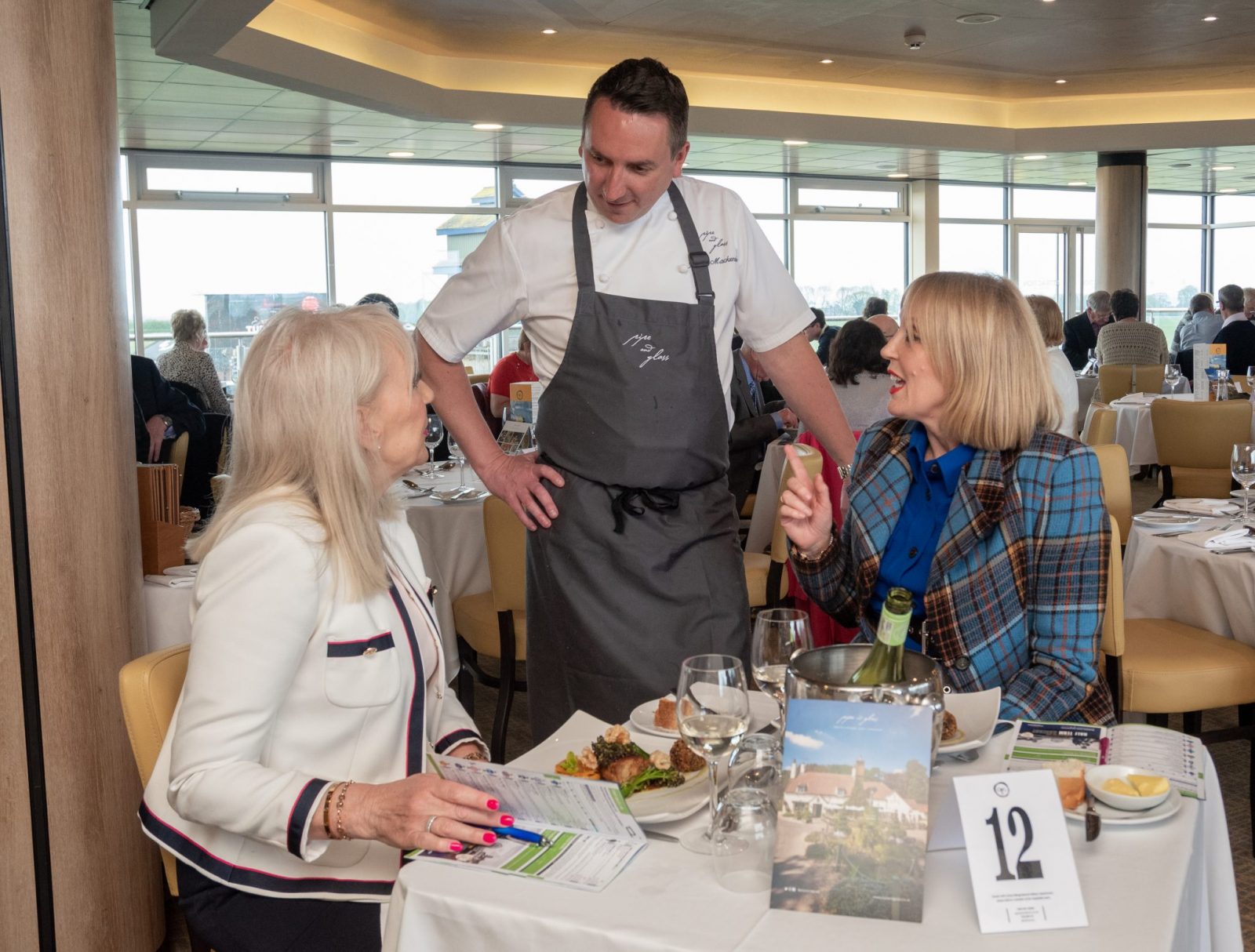 Beverley Racecourse has teamed up with Michelin chef James Mackenzie to bring a season of gastronomic delights to discerning racegoers.

The Chef and Proprietor of Michelin-starred gastropub Pipe and Glass has created an array of mouthwatering dishes for the award-winning racecourse, reflecting his style of modern British cooking using seasonal produce from his own kitchen garden and herbarium. Working closely with the racecourse team and catering partner, CGC Event Caterers, James has developed six signature dishes which will alternate through the season, along with a special menu for 2019’s final raceday.

The Beverley Races catering team spent an afternoon with James at the picturesque Pipe and Glass, at South Dalton, near Beverley, learning how to prepare the exciting new dishes, ahead of the menu’s launch at the racecourse’s second meeting of the season. Diners had the chance to meet James and enjoy the delicious new menu in the racecourse’s premier restaurant, The Attraction, which boasts superb views of the track and the historic Westwood from its position on the first floor of the Premier Enclosure. 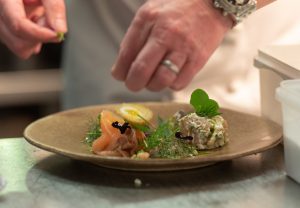 James said: “We’re thrilled to be bringing a taste of the Pipe and Glass to Beverley Racecourse this season. It’s a great opportunity to showcase the style of food we’re noted for. This is the first time we’ve partnered with a venue where our dishes are featured on the menu and it’s very exciting for us. It also gives us the chance to promote East Yorkshire and all its attractions as a great visitor destination.

“Our dishes will alternate so regular racegoers can experience something different during the season. A key part in developing the menu was listening to the CGC team to understand what best suited the racecourse environment. This worked well for us, as our style is uncomplicated – we use simple, seasonal ingredients to create tasty Yorkshire-influenced food.”

The partnership with Pipe and Glass comes at a time when there are more reasons than ever to visit Beverley Racecourse, with a series of themed meetings offering an unbeatable combination of socialising, sport and and first-class hospitality. 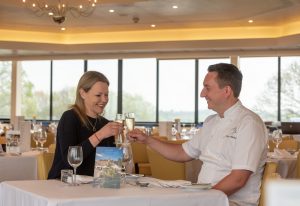 Sally Iggulden, Chief Executive of Beverley Racecourse, said: “We’re really excited to be working with James and enabling our guests in The Attraction restaurant to enjoy the fantastic food for which the Pipe and Glass is so renowned. We believe it’s the perfect partnership, as we like to think we’re one of East Yorkshire’s leading venues and the Pipe and Glass is the highest-rated eatery in the area.

“So many of our regular racegoers love to make a great meal in The Attraction restaurant the centerpiece of their day out at the races and the Pipe and Glass is a much-loved venue for many of our discerning diners. It’s bringing two of their favorite experiences together in one place.”

Desserts include Poached Rhubarb with Lockington honey and ginger syllabub and cinder toffee; and Lemon and Thyme Posset with marinated strawberries and black pepper meringue. 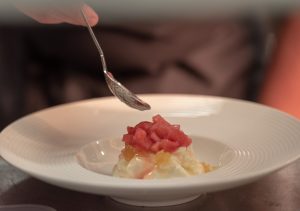 Tim Wray, Outside Catering Director of Yorkshire-based CGC Event Caterers, said: “We’re very proud to have been the catering partner at Beverley Racecourse for over 20 years now. During that time we have continually looked to improve and develop the offerings in keeping with the ambitions of the venue. We see the exciting new association with James Mackenzie and the Pipe and Glass as the start of another successful relationship.”

A former 17th century coaching inn, Pipe and Glass has been run by James and his wife Kate since 2006, and is now a welcoming country pub where customers can drop in for a pint of “Two Chefs” ale, tuck into classic “pub grub” dishes or enjoy the highest standards of modern cuisine. The acclaimed venue was awarded the highly-coveted Michelin Star in 2010 and has retained it ever since.

A former Michelin Pub of the Year, the Pipe and Glass’s other notable accolades include the Good Pub Guide’s National Dining Pub and Yorkshire Dining Pub of the Year, as well as consistently featuring in the Morning Advertiser Estrella Damn Top 50 Gastropubs. James has several books under his belt, including his award winning “On the Menu” cookbook, and is also a familiar face on TV, with appearances on Saturday Kitchen and Kirstie’s Handmade Britain.

James said racegoers were in for a special treat at the 2019 season closing raceday, on September 24. He added: “We’re also looking forward to our kitchen takeover of the Attraction restaurant on the final race of the season – we’ve planned some real showstoppers!

“We’ve created a special menu showcasing the very best the Pipe and Glass has to offer, with canapes on arrival; heritage tomato and North Sea lobster salad; braised ox cheeks; and topped off with a raspberry and pistachio delice. For later in the day, we’ve created an alternative to afternoon tea with the Pipe and Glass ‘proper’ ploughmans, with a selection of cold cuts, Yorkshire cheeses, pickles and homemade bread. It will be a very special occasion and a great afternoon for all.” 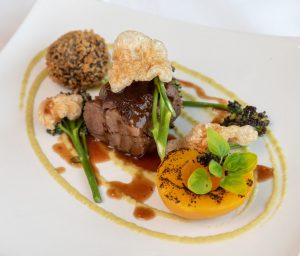 Beverley Racecourse’s link-up with the Pipe and Glass follows an award-winning, two-year partnership with Winteringham Fields in north Lincolnshire, which raised the profile of The Attraction following a £700,000 investment to extend and refurbish the restaurant. The quality of dining and service offered at The Attraction contributed to Beverley being named as one of the top racecourses in England and Wales for customer experience in 2018, alongside venues such as Aintree and Ascot.

To book a table in The Attraction restaurant, call Sara Daniher of the racecourse catering team on 01482 867488. The restaurant is extremely popular, so racegoers are advised to book in advance and can reserve a table for the whole meeting for just £10 per head. A limited number of tables are available on the day, on a first-come-first-served basis. 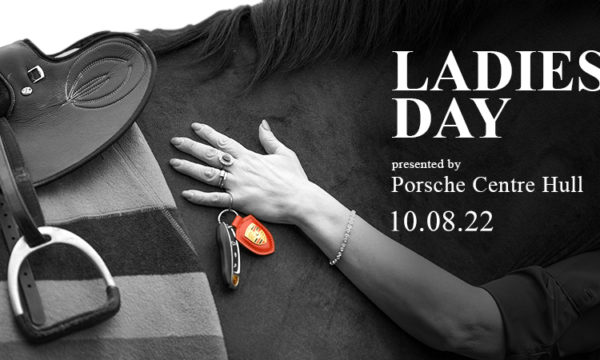 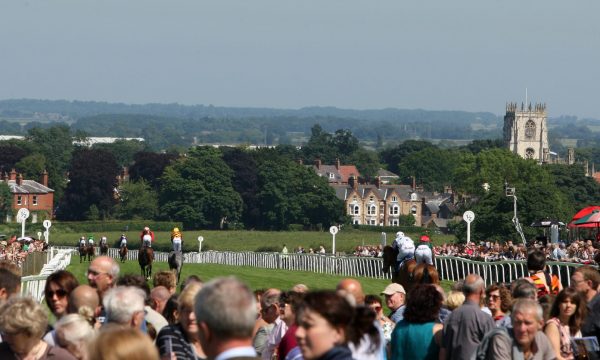 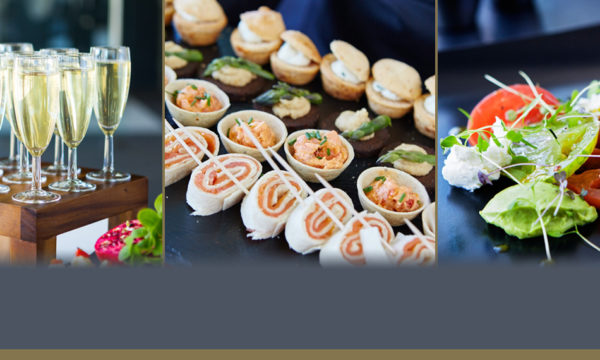